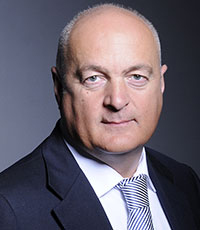 The poor performance of supervisory boards

Do supervisory boards earn too much? The straight answer to this question; is: Yes, they do and no, they do not. As everywhere, high salaries are justified even for supervisory board members where the performance is high. The problem is that if the performance is poor or non-existent, there are no mechanisms in place to penalize those concerned, not even through salaries. Another aspect which is not exactly helping is the emerging trend of the past few years, away from success-oriented remuneration in favour of a fixed sum.

Unfortunately apart from individual lack of ability, there are some other reasons, intrinsic to the system, for the poor performance of supervisory boards. Namely the interdependence of politics and business. Traditionally both sides are keen to appoint politicians to supervisory boards. The organization acquires direct access to legislative authorities and the politician a springboard into the world of business, should he not be re-elected. This is common practice; however it does not alter the fact that the doors to corruption are then wide open.

The supervisory board neither monitors nor advises the management board – for that is by rights the purpose of supervisory boards. How indeed could the board be advised by a politician, who had never assumed any responsibility within a company? How can the management be monitored, be a person, who generally is not even in a position to read a balance sheet?

It is therefore not surprising that the list of political supervisory board disaster stories is long, ranging from Peer Steinbrück at Thyssen-Krupp to Erwin Huber and Günther Beckstein at the Bayrische Landesbank, not forgetting Klaus Wowereit with Berlin Brandenburg Airport BER, just to mention the more familiar names from the recent past.

But before I am suspected of politician-bashing, I would like to emphasize that the list of disastrous supervisory board members with business background is considerably longer. This fact is closely linked to the second major problem in German supervisory board practice, that is the phenomenon of multiple supervisory boards.

One mandate = one working day a week

Through experience gained from my 17 supervisory board mandates to-date, I have learned that a mandate can only be carried out sensibly, if you can devote to it at least one working day a week. In Germany there is, however, a whole breed of supervisory board members including chairmen, who - not seldom alongside their own job as director - hold several other mandates.

The third error in the system is conflict of interest. It is not uncommon that management board members find themselves in a predicament when carrying out their supervisory board duties. For example Herbert Hainer: as chairman of the management board of the sports equipment manufacturer, Adidas, Hainer is especially interested to ensure that his company can compete on the global market. The prestigious and high-profile supply contract with FC Bayern is therefore an element equally as important as his multi-million commitment as shareholder of FC Bayern München AG.

This leads inevitably to conflicts of interest – as recently demonstrated in the case of Uli Hoeness. Instead of insisting on Hoeness standing down from office, Hainer warned Bayern supervisors repeatedly against prejudging Hoeness in public. A farce. With his self-declaration, Hoeness himself practically invalidated the presumption of innocence and admitted tax evasion.

The reason that poor performance, non-performance and questionable behaviour of supervisory board members are not reflected in the remuneration they receive, is based on the fact that they themselves are allowed to stipulate their own income. Only a veto submitted by the shareholders at the annual general meeting can overturn the decision. Our politicians have sole access to an even simpler system of self-service. But they are significantly more modest.

We use cookies on our website. Some of them are essential for the operation of the site, while others help us to improve this site and the user experience (tracking cookies). You can decide for yourself whether you want to allow cookies or not. Please note that if you reject them, you may not be able to use all the functionalities of the site.